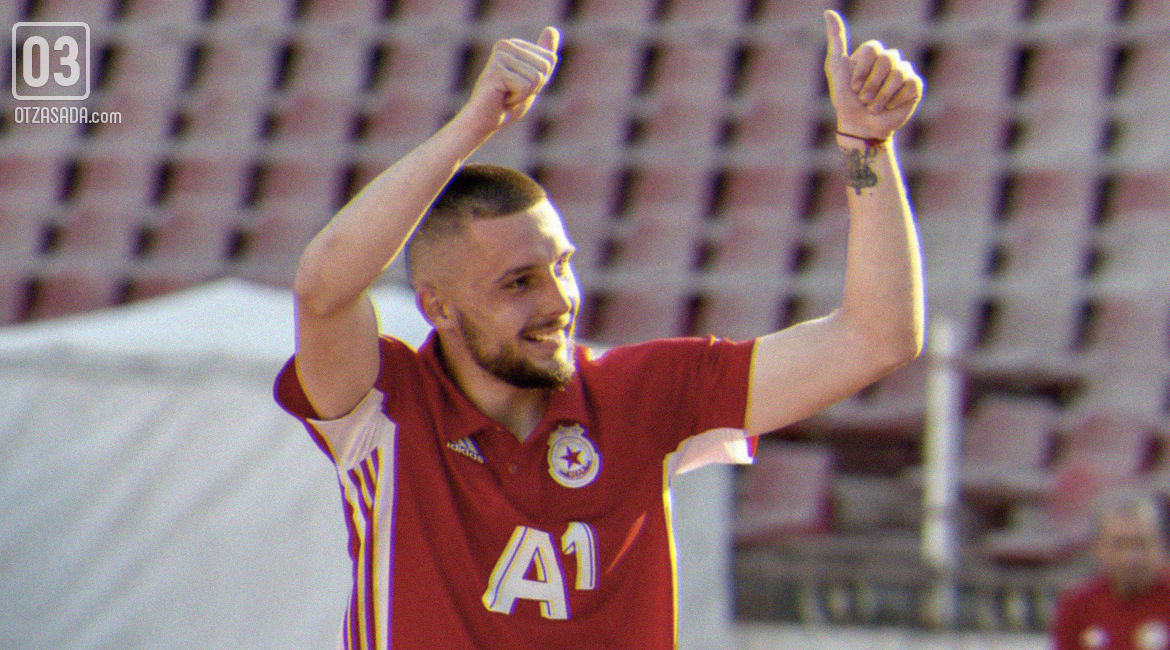 The Bulgarian national football team has well-forgotten its days of dominance and glory back in the late years of the 20th century. Once being described as a dark horse by the likes of Germany, Russia, France and Italy, currently finding itself on the wrong end against the national teams of Kosovo, Malta, Cyprus and Luxembourg. Nevertheless, Bulgaria still tries to produce somewhat decent footballers yet nowhere near the golden generation of 1994. In today’s piece, we will have a look at some of the most promising youngsters to watch out for born within the limits of Bulgaria.

Starting off with a 21-year-old goalkeeper who will be the main man between the sticks for his childhood club. Raised in Varna, Ivan started training at Cherno More when 11 years old and spent 7 years in all youth setups of ‘The Sailors’. He was promoted to the main squad 3 years ago and for that period of time, Dyulgerov featured in Cherno More’s team sheet on 27 occasions. He has also been part of the youth setups of the Bulgarian national team and is currently called-up to represent his nation for the U21s.

‘The Tourist’, as nicknamed by one of his former teammates, is certainly one of the most promising Bulgarian right backs as of right now. Born in Pleven, Ivan was firstly introduced to the Spartak Pleven’s academy before quickly switching to the renowned youth system of Litex Lovech. The short defender was transferred to CSKA Sofia and went on to win the U19 Elite Group in his first campaign for ‘The Reds’. This got him promoted to the first team where it’s fair to say he hit the ground running- he was initially loaned out again to his former side Litex for a full season after spending the 2017/18 campaign there but was recalled by Lyuboslav Penev in the winter. He became a first-choice right back and is now an irreplaceable part of the team. His decent performances on the right side of the pitch didn’t go unnoticed from the youth coaches of the national team as he has played in the U19 and is now part of the U21 setup with a call-up for the main squad knocking on the door.

Lyaskov is one of the many who benefited from an injured player in his position and made the most out of his chance. The versatile player learned the ABCs of football in the academy of Litex, but just like Turitsov was on the move to CSKA and was immediately loaned out to his previous team. It would probably be an understatement to say his debut came out of the blue: during the last training before the Third Qualifying Round of the Europa League between CSKA and FC Copenhagen, the first choice left back, Geferson, pulled his knee ligaments meaning the 20-year-old Lyaskov, who had never started a game for ‘The Reds’, had to play a full 90-minute match versus one of the best teams in Denmark… and he did very well. Nevertheless, his games in a CSKA shirt to follow were sporadic and not on the level of the 31-time Bulgarian champions. This led to him being loaned out to Botev Vratsa, where he played on a decent level. Approximately 2 weeks ago, NK Olimpija Ljubljana managed to persuade the left back to join them on a 2-year contract. Angel has been part of all national teams, including the main squad, but is currently on the list of the U21s.

Svetoslav started his career path in the local Svoboda Milkovitsa as well as Spartak Pleven. He was quickly spotted by Ludogorets Razgrad, which was on the verge of conquering the Bulgarian football for the years to follow. He gradually climbed the youth system of ‘The Eagles’ as he played for all junior teams of the 9-time Bulgarian champions as well as for the B squad. Kovachev is the youngest footballer of Ludogorets to ever feature in a Europa League match (versus AC Milan in the Round of 16). Presently, the right winger is in his 3rd temporary club out on loan (Arda Kardzhali) as he has previously played for Dunav Ruse and Etar for 12 months. Kovachev has participated in 2 youth national teams and 5 days ago received his first international call-up for the men’s squad.

Another product of the Cherno More’s youth system. Born in ‘The Sea Capital of Bulgaria’, Viktor started his footballing life aged 10 in the junior teams of ‘The Sailors’. Popov was always regarded as a better player than his peers which is why the talented right back was fast-tracked into the main squad at the age of 18. In an interview a couple of months ago, the Bulgarian revealed that the adjustment to men’s football wasn’t an easy one:

‘When I was a child, it was a dream of mine to play in the first team of Cherno More, but it was a little shock when I jumped into men’s football directly from the U19 Elite Group. It was a little bit stressful at first, but my coaches and teammates helped me, and little by little, I got used to it.’

The progress of Viktor Popov was rewarded in the national teams as well. The 19-year-old made his debut for the men’s national team in a friendly game versus Paraguay and is currently included in the upcoming matches of the first team in the UEFA Nations League.

Gruev has already been highlighted in the article about some of the most interesting Bulgarians playing abroad, but it’s worth mentioning him here as well. In spite of being born in the capital of Bulgaria, Sofia, Ilia had to develop himself as a footballer where his father worked- Germany. The first club Gruev played for was the last of his dad’s- Rot-Weiß Erfurt. The defensive midfielder’s top-notch performances quickly attracted the attention of the German powerhouse, SV Werder Bremen, which offered him a place in their U17 squad. Good all-round performances and a tragically lost final in the U17 Bundesliga against Bayern München got the starlet promoted to the U19 setup where he still managed to outshine his teammates despite being one of the youngest participants in the team. Gruev was appointed first-choice captain of the youth team last season, which shows how much SV Werder Bremen rely on him. The 20-year-old signed his first professional contract with ‘The River Islanders’ on 15 April 2019 and is on the verge of participating in the first team. On the international scene, the youngster has hardly represented his nation, featuring only 4 times for the U19 and U18 squad.

One of the Bulgarians who has a bright future ahead in football. Filip is one of the many to come out of the academy of Slavia Sofia. The attacking midfielder’s career path started at the age of 9 and as of right now, Krastev is running the show at his hometown club, ready to go in Belgium after the end of this calendar year- SK Lommel, feeder club of Manchester City, got their hands on the Bulgarian gem for €2.3M. For the national teams, the 18-year-old played for the U17 and U19 setups and was called-up a few days ago to represent the first team in the forthcoming international break.

Mitkov, who was celebrating his 20th birthday a couple of hours ago, is a very intriguing prospect to watch out for. Born in a village near Pleven, just like Lyaskov and Turitsov, firstly kicked a football in the academy of Litex Lovech. In the infamous for the club year of 2016 was on the move to CSKA, where he raised the fans’ eyebrows. Nevertheless, he was loaned out twice in hope of showcasing his abilities, but COVID-19 was one of the main reasons for not gaining enough minutes on the pitch. Currently, he is part of CSKA’s main squad and is expected to start a few games from the bench any time soon as he is recovering from an injury. Mitko has been part of almost every youth Bulgarian setup- U17, U19 as well as U21.

Without any doubt, the most experienced player of them all on the list. Yantra Gabrovo was the first team for the 6-year-old before moving to his beloved club- Levski Sofia. The teenager spent 4 years in the academy of ‘The Blues’ before being selected as a first-team member. From 2016, Stanislav has worn the Levski shirt in 69 matches which were enough for him to become a fan-favourite. The last season was the most fruitful for the winger as he found the back of the net 9 times on 27 occasions. When it comes to the international scene, Ivanov was a pivotal part of Bulgaria qualifying for the UEFA European Under-19 Championship 2017, netting 3 goals in 5 games for his nation.

The list will be finished with a player who is quite different from all the others mentioned above. Dominik was born in Canada, Toronto, where he spent 5 years in a private football academy. He went on to play for the youth setups of AFC Sunderland for 3 campaigns, which were very beneficial for him, but his parents were unable to register him in Wales, so the whole family returned to Bulgaria. Here, the attacking midfielder was attracted by the possibility of playing for his current club- Ludogorets Razgrad. Yankov was pulling the strings in midfield for Ludogorets B as he found himself on the pitch 41 times during the course of 2 seasons. The last campaign saw the teenager going out on loan to Botev Vratsa, where he registered 24 appearances. Currently, he is isolated from the squad due to being infected with COVID-19 but is expected to be an impactful substitute for the 9-time Bulgarian champions in the upcoming season. Even though the Canadian midfielder has played a couple of times for the Bulgarian youth setups, he still has an opportunity to choose which team to represent in the main squads. When asked about this complicated situation, Dominik briefly explained:

‘It will be the hardest decision of my life, but I will probably choose the team, which is the first to make contact with me.’ 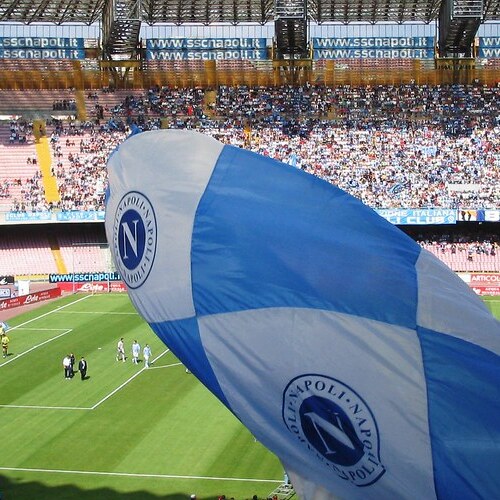 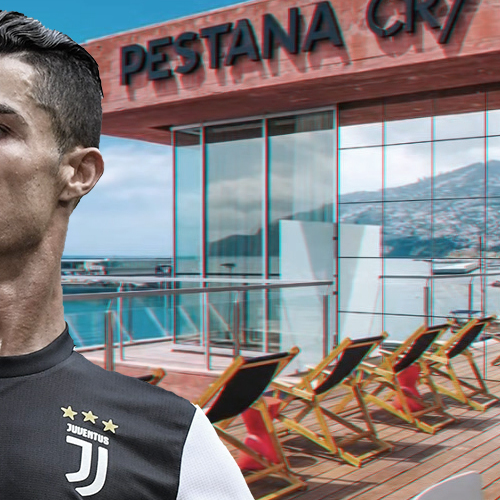 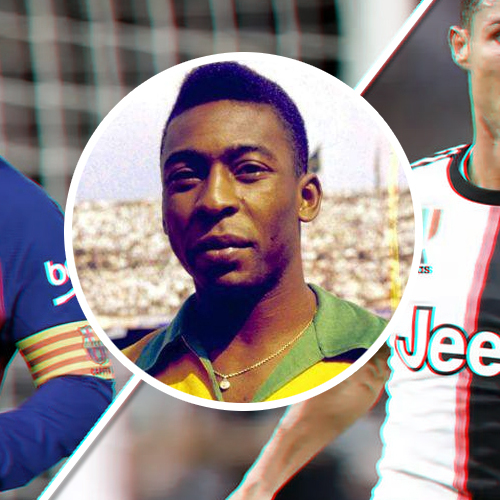