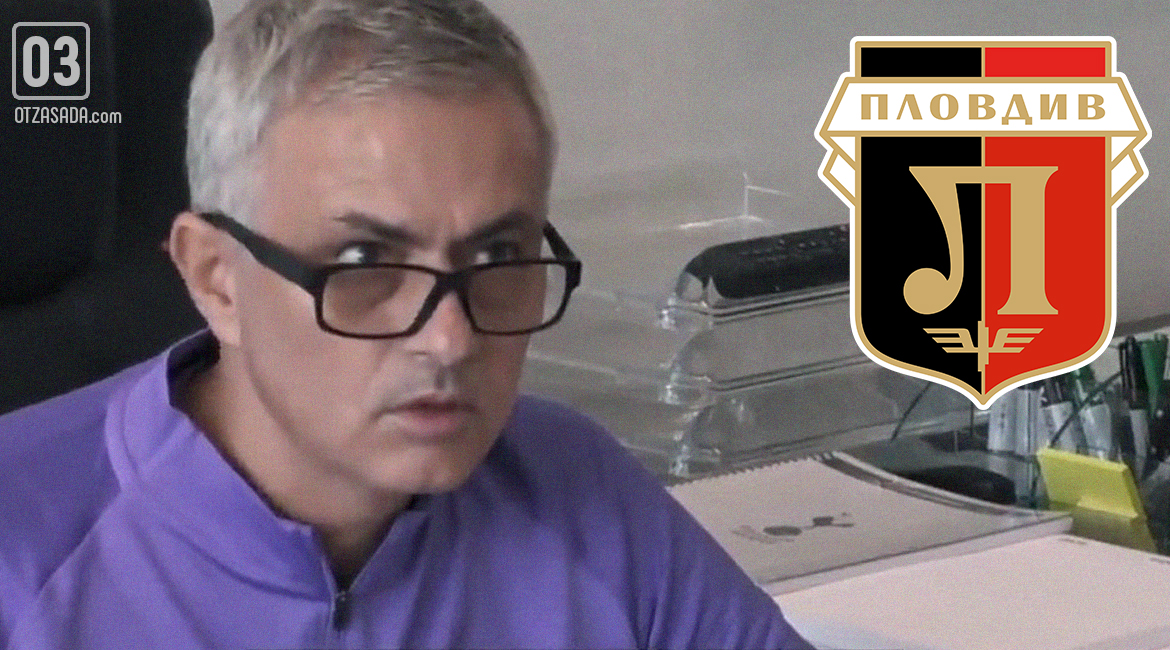 On 17th September 2020, Tottenham Hotspur begin their Europa League journey as they finished 6th in the Premier League last season. In spite of starting from the 2nd Qualifying Round, given their stature in the game as well as a high coefficient, there shouldn’t be a problem for them to qualify at the very least for the group stages of the second-best European club tournament. The first team they have to face in this year’s competition is, as most of their fans call it a ‘Wi-Fi password club’- the Bulgarian side Lokomotiv Plovdiv. This should be a relatively easy challenge for the English team, yet most of the supporters of Tottenham are asking themselves: ‘Who the hell are these guys?’. Well, in today’s piece, we are going to analyse the Bulgarian team, give more information about Lokomotiv’s history as well as single out key players and staff members.

Just like most teams with ‘Lokomotiv’ in their names, Loko Plovdiv was influenced by railway workers at one point in their existence. The foundation of the club is known to be in 1926 when two of the best teams in Plovdiv merged to form ‘Sportclub of Plovdiv’. In 1935, there was a massive campaign led by railway workers and sailors, with their main aim being establishing numerous football teams across the country. This saw a new club being founded- ‘The sporting club of the railway workers in Plovdiv’. During the Bulgarian communist regime, the two teams also merged together as there was a restriction by the government about football clubs being assigned to major institutions in the country. The team got its name ‘Lokomotiv’ in 1951, and it wasn’t changed ever since.

Lokomotiv Plovdiv won the Bulgarian league only once in their history, which was back in 2003/04. When it comes to the domestic cup, ‘The Smurfs’ as they are nicknamed won it only twice yet in 2 consecutive seasons- 2018/19 as well as 2019/20. On the European stage, their biggest achievements are participating in the round of 32 of the UEFA Cup (known as Europa League nowadays) on 3 occasions, but it is worth mentioning that the old format of the competition started from the very same stage. Last year Lokomotiv was knocked out by the French side RC Strasbourg in the 3rd Qualifying Round of the Europa League after getting the better of Spartak Trnava in the previous phase of the tournament.

Lokomotiv is a well-structured defensive side, no matter what opponent they are facing. Since the start of this season, ‘The Smurfs’ use a 5-at-the-back formation with wingbacks, who join the attack now and then, 2 defensive midfielders (1 of them usually is a static one) 1 attacking midfielder and 2 strikers up front. They usually don’t take a lot of risks and prefer slower build-ups from the backline. If the wingbacks take part in the attack, Lokomotiv’s players are likely to cross the ball from the byline in hope one of the tall forwards to put it home. If the ball is played through the centre, the midfielders are usually searching for direct passes into free spaces. When defending, the midfield and defensive lines are very close- players rarely overcommit and prefer to take fewer risks. As a result, Lokomotiv are vulnerable if their defenders aren’t well-organised, so counter attacking them could be a winning strategy. Long shots against ‘The Smurfs’ also could work as they rarely allow opposing players in their penalty box.

The last season saw Lokomotiv using a similar tactical approach but in a bog-standard 4-2-3-1 formation so they could try and surprise Tottenham, but it is quite unlikely.

Without a doubt the star player of Lokomotiv. The agile forward usually fulfils two different roles- when having a bad day at the office, he tends to drop deeper in order to supply his teammate upfront. In other cases, when Iliev is a lone striker, he stays on the shoulder of the last defender and tries to outpace him to win the ball and convert as many chances as possible. During the last First League season, the Bulgarian Footballer of the Year for 2019 put the ball into the net on 12 occasions in 27 appearances.

The footballer who could play anywhere. This is the perfect definition of Birsent Karageren- the Bulgarian international started his career as a left winger but is now used on the other side of the pitch as a wingback. Sometimes though, he could be seen playing as a creative attacking midfielder when Akrapović doesn’t have plenty of options in that position. Karageren found his name on the scoresheet 7 times in 28 games last season. Everyone expects him to be the most active player in both parts of the field against Spurs in the upcoming clash.

Every team which is solid in defence needs to have a nearly faultless goalkeeper, and Martin Lukov perfectly fits this description. The 27-year-old had sensational last 12 months in which he became a player from a pivotal importance for winning the Bulgarian cup. He had sublime performances between the sticks in the domestic league as well, conceding 18 goals in 20 matches while also keeping 9 clean sheets in the process. It wouldn’t be an easy task for Harry Kane and Co getting the better of Lukov.

Akrapović gained popularity immediately after the draws as he hoped to face Tottenham in Lokomotiv’s own backyard, which is exactly what happened. The Bosnian manager is the main reason for Lokomotiv’s success in the last couple of years. He came in Bulgaria in 2017, managed to establish his tactics slowly but surely, and got rewarded for his fine job- 2 Bulgarian cups, 1 Supercup as well as competing for top 2 certainly deserves recognition. He would hope that his own words wouldn’t come back to haunt him on 17th September.

Krusharski is definitely one of the most eccentric figures in Bulgarian football due to his overly optimistic and sometimes even surreal statements before and after certain games. Hristo became recognisable to the public once his team started being successful- he was a businessman in South America before coming to Bulgaria and Lokomotiv Plovdiv 5 years ago. Particularly interesting are his comments about the game against Spurs. Immediately when found out about which team is his beloved club going to play, Krusharski went on to say:

“No way we were drawn against Tottenham! Bruno was right all along! That means we will beat them- it wouldn’t be easy, but we will come out on top. […] José [Mourinho] better be ready- we will win at least with 1:0.”

A few days later, Krusharski was either right or completely lost the plot when he accused Spurs of trying to offer him the match to be played in London:

“No one is helping us, and they think we are a 3rd world country! That’s exactly why we will play in Bulgaria. Our mates [Tottenham] offered us money to play the game there [in London] but I refused because I couldn’t care less about money but more about the joy of the game we all love. […] There is no doubt we will beat them- the real question is with how many goals.”

This game for Tottenham Hotspur could be like any other, but for Bulgarians and especially for the fans of Lokomotiv Plovdiv this is a glorious occasion they have been waiting for so many years. We would hope the match on 17th September would offer us unforgettable and exciting moments regardless of which team comes out on top. 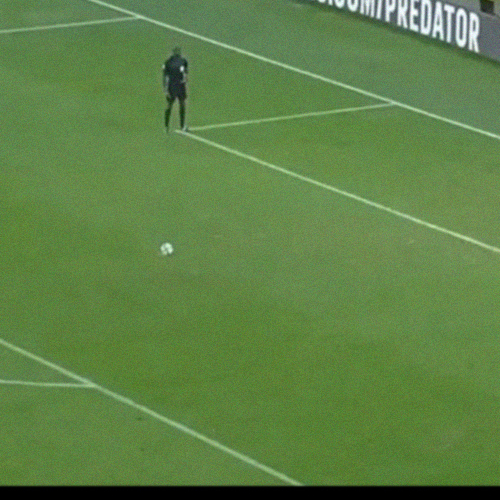 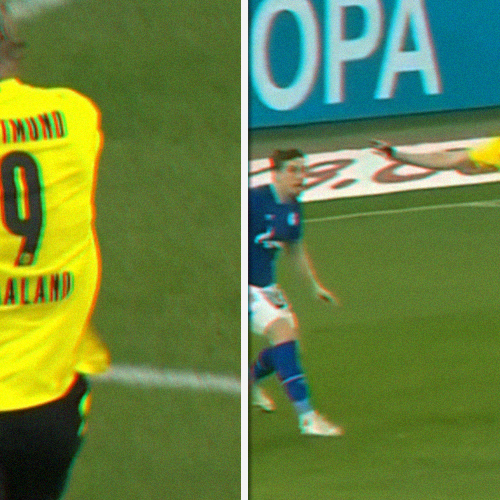 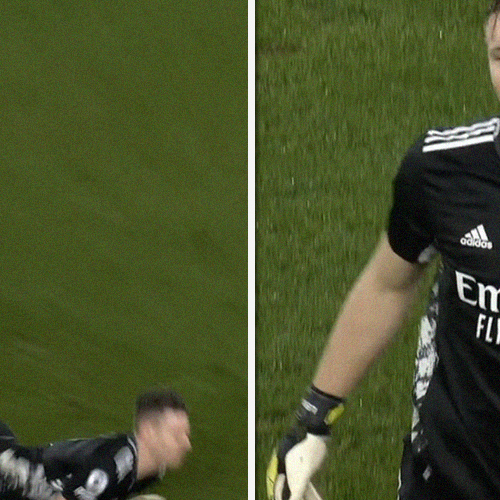 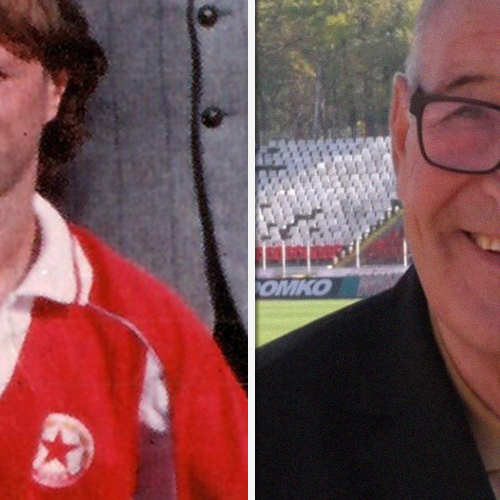 viagra cheep http:viagriyvik.com over the counter substitute for viagra